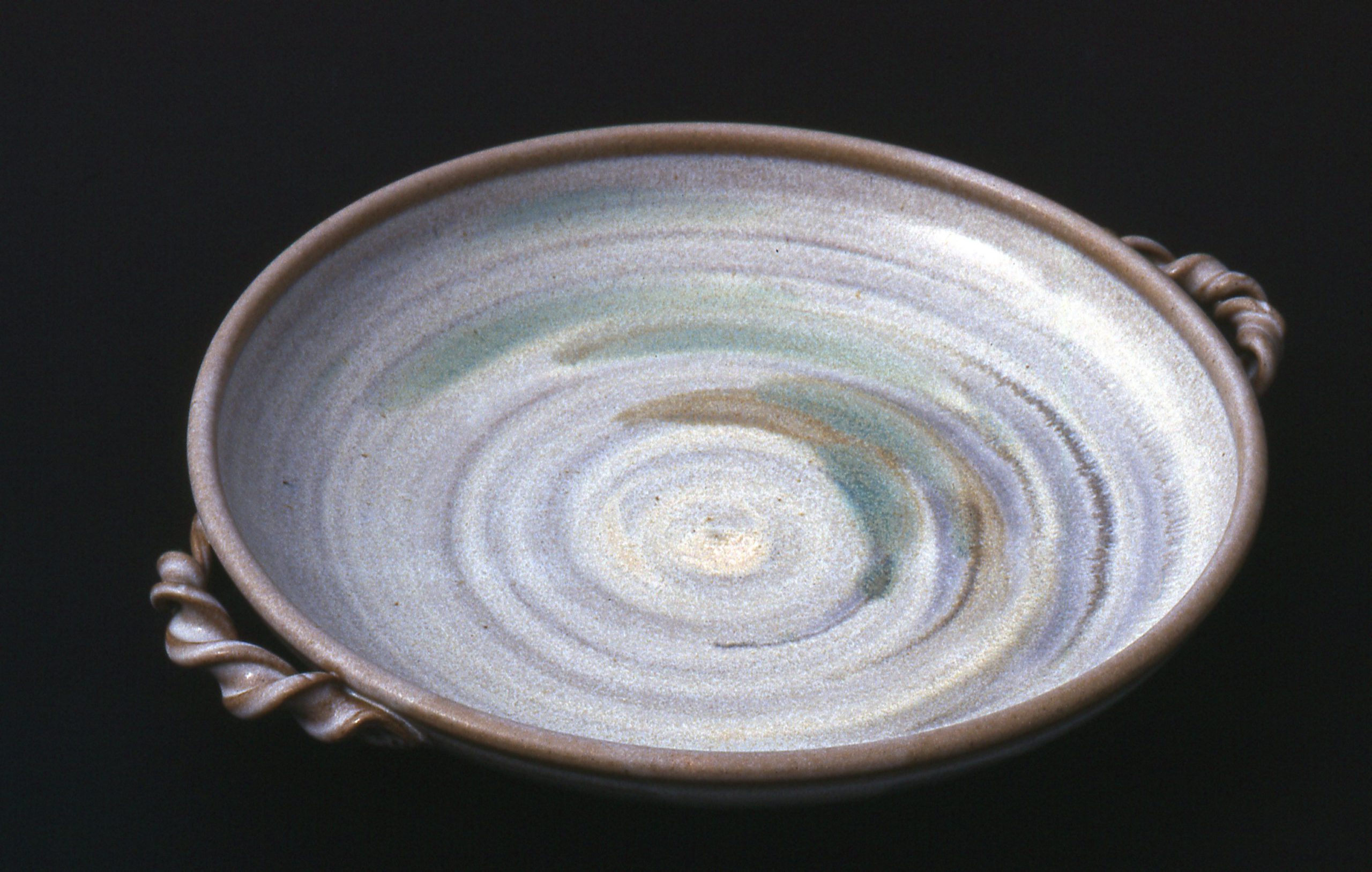 Imagine a potter gracefully caressing clay as it spins on the potter’s wheel. Just off to one side of the potter are the many balls of clay about to fall beneath the fascinating spell of those masterful hands.

The clay passes through a lengthy working process which begins with the round moist ball and which finishes as the stone-like yet colourful bowl sitting full of salad on someone’s dining table. The process of making this bowl ended long before it landed on the dining table. From the potter’s point of view, it ended when the bowl exited the arduous ordeal of the kiln.

When did the process begin in the studio? From the potter’s point of view, there could have been a number of starting points, depending on what one wanted to know and to what extent the entire in-studio enterprise was to be considered. From the point of view of a neophyte standing and watching in the potter’s studio, the process begins as the ball slams into the spinning head of the wheel. For this neophyte, the process may end when the deft hand of the potter deftly steals the pot from the wheel head and sets it on a plank to one side, before moving on to another ball. The neophyte has seen the magical moment of creation of the form and that may end the story for them.

For the cloudy and distinctly unclear area concerning the place and part of the hand’s ability to feel endless subtle pressures and moves, another set of notions will come into play. How vision, intuition, feel, or guess shape the myriad moments of potting requires a different perspective again, etc. Is what one calls `preparation’ a part of the process of making? Is the process which the neophyte sees a set of techniques? Can the neophyte imagine that the potter simply created this bowl, without having previously imagined it? What is the difference between making a beautiful bowl of striking visual life, and simply making a bowl? Is all of this craft? Is any of it art?

The finished product, a pot, seems to be less ambiguously designated than the process, and it is readily separated from the steps or stages of the process.

After all, it can be and usually is removed from the studio, the potter, the kiln, and from the dust from making it which sort of fell onto the surfaces in the studio. It is sold, traded, broken, enjoyed, and treasured or scorned in more contexts than one would care to think about. The process of making an artifact is never itself, traded, sold, used, etc. It appears from this distinction of process and product, that process is the more complex or intrinsically diverse. The final object, the product,  a stoneware bowl, seems  a touch simpler to grasp than all of the notions, feelings, manipulations, glazing and colouring techniques and firing protocols, etc., which gave rise to it.

I will discuss at length In at least a couple of other posts, what it means to talk about the object/product — the thing which is made — and what is entailed in discussing the deeper reality of a physical object, a material thing. Other than the fact that the bowl is sitting on a table in a room, the fact that it is a thing, is a query of considerable haziness for me. I shall return to this , I promise.1

1 Heidegger, What is a Thing? Always a challenging and stimulating read. Give it a try; be patient.