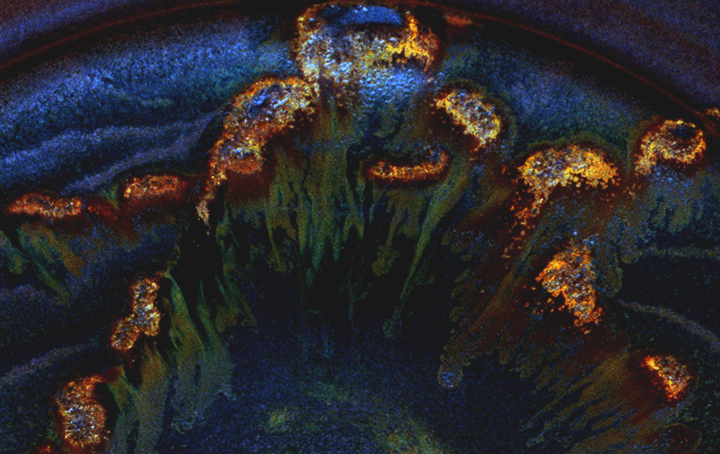 When I think of the notion of creative drift, I imagine several broad, orienting categories of ideas, directional impressions, cohering undercurrent flow patterns and the like. Although my intentional interests in this blog will naturally slant perspective toward the subjects of my posts and pages, I do habitually keep in sight, my big picture grasp of such matters and I go back to it whenever I can. Of course, defining certain words and expressions, like ‘creative drift’, would seem like the best place to start. Given, however, that I so often find myself trying to find a way on my somewhat obscure path, I opt for a more wandering, exploratory approach. Besides that, I have found that definitions are as often constraining and conflictual as they are directive and elucidating, and in any case, right now I do not know how to define creative drift, so I’m just going to keep moving along. Ready or not, here I come!

There is all existence itself: the profound generation of being on a scale beyond scales. Even given that thought—the immensity of it all—we humans try to scale all the time. What is measurement, after all? We seem bound to do so! It would be prudent, however, to manage our arrogance in scaling realms as fundamental as being itself. If we want to gauge the totality of all things by our own devices, thereby subsuming existence itself within our measuring tools, we should not be surprised when we encounter limits and contradictions.1.below

This realm of creative drift—existence itself— may take on the guise of the big bang and its follow-through: the beyond-believing believable dynamic of universal and constant change/movement, inflationary transformation, diversity, stratifying and constructive coalescence, all interwoven with exponential ongoing eruption.2.below All this, we, as humans, study and on which we speculate a great deal, is sort of the ‘what/how’ of existence, that which we now tend to call ‘the universe’, or maybe even ‘reality’ with an upper case R.

A brief aside: I would remind blog-readers that this compulsion to scale, measure and to imagine, when it is applied to the other end of the universe3 (the really, really small and not the bigger than biggest big), is still only an attempt to comprehend modes of existence/nature.4,5. Human thinking about the very, very small, has helped us arrive at what is sort of a peculiar situation indeed: the ‘standard model’ is the current framework addressing elementary particles, etc. (Sometimes I sense that we are talking merely about the chemical constitutional detail of the paint in a Picasso, and not about capturing a vision in coloured space and time). Sigh, oh, well! Reality can be confounding. We’ll come back to this when we circle around to the making of bowls, jars and serving chargers on the potter’s wheel. I’m not sure it’ll get dramatically clearer, but it’ll be an adventure not without confusion and thrills. See you later on that one!

While these wonderful ongoing scientific explorations and analyses are relatively new (the last few hundred years generally, and intensely with the advance of the 20th and 21st centuries), it is prudent to remember that the womb from which they have been birthed is in great part our diverse, deep, collective and mythic sense of things. This traditional deep sense of things has very frequently linked explanations of ‘life/existence’ intimately with gods,god, supernatural beings, greater than great beings, etc. So, why now do some humans act as if there were no theos (θεός : god)?6. (I accept there is not). We take such a stance because there have been millennia during which large swaths of humanity deeply accepted that theos not only existed, but also, created and governed absolutely everything. Additionally, these swaths ‘knew’ that it (he) even paid attention to particular people, actions, and nations/tribes. The sense of logos of this theos/god is one of the big pictures still at play (though not in a game) for many peoples in today’s world, and this logos lives in contemporary societies as a follow-through from our deeper traditional past. This theos-no-theos gap is now (fortunately I would say) a deep tension in human theories about what constitutes an explanation of the world.

Additionally, in a different vein, and couched in the hidden bosom of the universe where we have found ourselves, there is its—the ‘universe’s’, (even though I think we really mean the matter/mass/energy)—powerful and ethereal non-identical (perhaps mirror?) twin, dark energy/matter, which, if I slightly understand it, is still a little beyond our present conceptual and experiential grasp. We are currently having difficulties not only with scale but with the ‘what’ of it, although we name it after the material base of our home territory (i,e., matter and energy—how could it be something else? We do, after all, follow ourselves.) When you are an evolving creature like humanity—our own creative drift—there is often a need for enabling a new conceptual frame within which to set ‘place holders’ which can help us navigate the sheer wonder of existence. No wonder the word Weltanschauung has slipped into English vocabulary.

Fortunately, early thought and action pioneers set out paths to help us orient. As with all things, however, they themselves must and will eventually be left behind. These paths and the presence of them in our world view will leave traces, fine filaments, and sub-atomic belief fields from them, and these myth-particles will linger in our present world, big picture understanding. So be it! We are not born knowing all this stuff; we grow and discover and explore it. Being gifted with the late 20th and early 21st century scientific adventures, moves us along previously felt and hinted paths, but in the company of new ideas intermingled with the old.

On a dramatically smaller-than-small scale than ‘the universe’ or existence, we humans live on earth—with our human imagination bringing to be: what was not and now is; our softly-intrusive/frequently chaotic and iconoclastic innovation, our inventions, accidents and discoveries. This ‘small’ is of course not as small as the particles of particle physics which are so small that they are not really particles at all, but rather packets or bundles of energy, or excitations in/of a field! (Put that in your pipe and smoke it!) We humans are a nexus-mode of existence (nature/the universe), and not separate from it, which it is very imprudent to forget. Thankfully, our species acquired the gift of learning and growing—and of course, the special realms of art and creating newness. In fairness to real things, however, we must not forget war and its deliberately violent atrocities. Hidden in all this broad humanity is the randomly organized energy of life’s evolution itself. We, by orderly happenstance, now have the general idea of evolution—talk about creative drift—as an explanatory tool in our kit for trying to account for ourselves and the generation of life in all its forms. Molecular biologists, with a great deal of visionary, intense hard work, bring forth very detailed insight in these fields and have peeked behind doors never previously even in the realm of the possible. A meta-shift, a perspective reorientation, a seeing of the unseeable…not easy to know.

How can ways of thinking—about what is possible or impossible, real or illusory, stable or changing, essential or contextual—change from one to another and become what they were not, a few seconds, days or decades ago, seeming to be new? At the simple level, how do we change our mind? Further down the path, how do change our world view? These too are aspects of creative drift—the unplanned new!10

But as a whole, human societies, communities and peoples still intermingle purpose in nature/existence with fact, purpose in nature/existence with its being adventitious and contingent and by chance (au hazard? en français). This intermingling of world views is seditious by nature and demands an attentive eye to separate out matters and to weave matters together, a delicate textile called explaining.1. I know there are innumerable other categories and ways of classifying the whole place, but this is my simple take and I intertwine these sensibilities as I must, to say what I may be able to say. I hope you can follow me.

When humans think that life and the world interwoven with it, are in evolutionary movement, we mostly think this means that it/they are advancing, developing or getting better and generally, more sophisticated (the second law of thermal dynamics quietly set aside). While I do not think this is blatantly false, I do think it expresses an inadequate comprehension of nature when applied straightforwardly to life itself. I say this because I take and accept, that life and its encompassing total world, are a changing, mind-bogglingly complex whole with no direction, no inherent value and no value assigned to it from outside it. It is natural, not supernatural. Being astonished by the immensity/absoluteness of  natural existence is a feature of the human mind/experience. It is not a state of the world itself—except insofar as we humans are modes of nature itself. My fundamental orientation is that there is no inherent direction/value in natural change—evolution has brought life itself to fruition at random but in what we take to be an ordered way/structure. There are downstream impacts of shifting our basic sense of things. Such a way of thinking would oblige us to rethink what we mean when we talk about human creativity: in the arts, industry, technology and in forms of government, language, intelligence, as well as medicine, discovery and exploration/experimentation, etc. There is no being which creates or has created everything from nothing: in this light, it is advisable for us to reformulate our notions of creativity taking into account the directionless movement of evolution, and moderate thinking and self-reflection: that is, some of the intentional, emotional, imaginative, conscious and unconscious capacities of the human species (and some of our genetically similar animal relations).11

More on this to come…