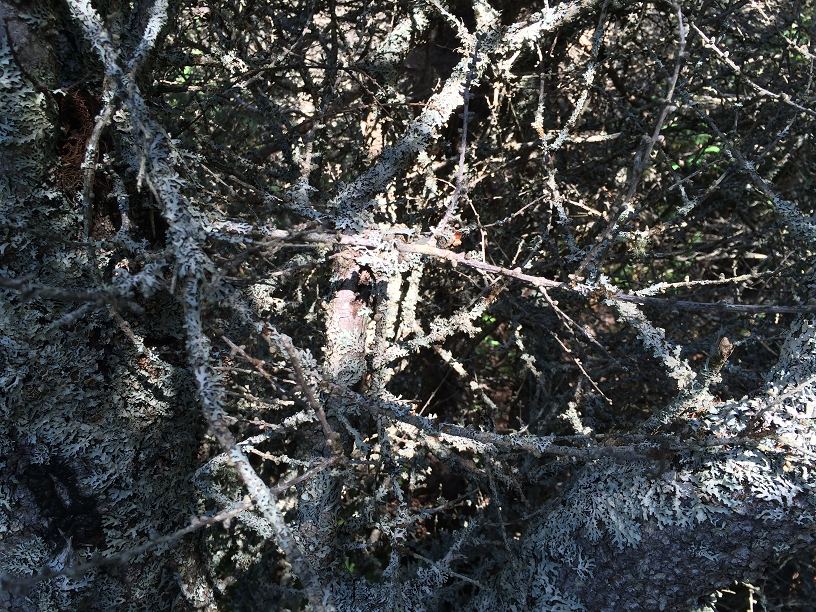 Generally speaking, when human beings investigate something, looking for evidence, we accept that they are looking in the world which is more or less available to most people to look at, see and understand. Of course, by the 21st century, we know that in some of the sciences, in some medical domains, in some areas of forensic research, and similar highly technical, detailed and slightly obscure domains, most of us do not have direct experience with the kinds of things that the specialists are looking at and talking about. We do, however, acknowledge that they have ways of seeing and recording what they are talking about.

We trust, mostly because we have an imaginative, conceptual, linguistic grounding and broad experience which helps us sort of grasp what it is that these specialists are talking about when they talk about the very fine details of things.

It is not uncommon in the last 100 years that discussions in public domains, have exposed and shown pictures of cells, little squiggly things that are unicellular lifeforms, pictures from electron microscopes for some things at the level of platelets and particles so small that we could never possibly see them without the specialized equipment. But once we have seen them, we sort of have a sense that although they are very, very, very small, they are still a physical thing. With this kind of basic and simple picture of things and its related understanding, we sort of grasp what it is that the specialists are telling us. Sort of…

Such orientations can quickly become more complex, or difficult, and almost hilariously unthinkable. When these things get to be so small, that the idea that they are physical matter is no longer a useful idea (i.e., not true), we lose our way.

In particle physics for example, the sub-atomic particles are not deemed to be particles anymore although the words used belie this simple fact. This language gets confusing for a layperson. Specialist who work on these fields talk about quanta, not really a material thing in any conventional way of talking, and they are almost passed using the word ‘thing’ at all, with respect to these kinds of phenomena. ‘Phenomena’ itself is a peculiar word in this context also, because it suggests that this thing occupies space as a coherent, material reality. But quanta are not a graspable material reality. If anything, they are excitations of energy, packets of energy, wave fields, and similar, peculiar, but now often accepted, ways of talking about what a ‘thing’ is called.

We now also know this about what we call molecules and their composites, atoms. Atoms are not things like little round balls with really small parts that are also balls. Electrons are not teensy, weensy balls whirling around and swinging past the big balls of the nucleus. They are not balls at all. They are agitated energy fields, like teensy, little wee misty zones. Like…? These ‘things’, electrons, are smaller that the smallest wavelength of visible light. No matter what, humans cannot see them — ever! Everything we see in this context, is a representation of what cannot be seen, but they are shown to us visually. Hmmm? So, don’t get confused!

We have begun to enter the domain where matter is no longer matter and we use words like ‘mass’ to help us shift our paradigm a little. That does not help in the end. We could have suspected this if we had understood early on, as common people, that energy is really the mass of a thing multiplied by the speed of life squared. Put another way, mass is the energy of a thing divided by speed of light squared. So, you can see immediately that the mass of a thing is astonished small in comparison to its energy —— amazingly small. All these objects and living beings in our normal everyday world have almost no mass at all compared to their energy.  Yet we sit on chairs, have bodies, enjoy a good coffee and watch humans build massive things.

Not so  evident to Jack and Jill what everything actually is.

This gets discombobulating quite quickly for a person like me. The reason for this, really, is that built into this wonderful equation is the idea that mass, the matter of a thing, is it energy. So, when we are told at the level of quanta, these things are more like bundles of energy, fields of energy, wave functions, excitation fields, we should not be surprised. I would say disappointed, because the language we use up to a certain point was working, and then it wasn’t, So, what are we talking about?

Matter has ceased to matter because it is no longer matter. It is (?) energy fields, apparently moving at less than the speed of light (as if that helps). It has no mass of any significance at all. I need sit down — a chair please, preferable a material one.

What are potters doing when they make and fire pots? If all material stuff is fundamentally fields of energy I would gather this means the potter as well as the clay, and the kilns, and the potter’s wheel, etc. How can any of that be? Is energy shaping and firing energy?

Gimme a break here, someone?