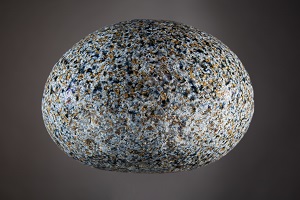 “However, no one has hitherto laid down the limits to the powers of the body, that is, no one has as yet been taught by experience (emphasis mine) what the body can accomplish solely by the laws of nature, in so far as she is regarded as extension. No one hitherto has gained such an accurate knowledge of the bodily mechanism, that he (sic) can explain all its functions; nor need I call attention to the fact that many actions are observed in the lower animals, which far transcend human sagacity, …these instances are enough to show, that the body can by the sole laws of its nature do many things which the mind wonders at.” (Spinoza:1632-1677, Bk III, prop.II, Ethics).

In the mid-1600s in Europe, rare indeed was the person who even hinted at the idea that the human body, by itself, could initiate actions and “do” things. Being burned at the stake is a stark reminder of regional values. Being stoned to death, a more than unpleasant passing thought. For this idea and a few others, the philosopher Spinoza was ostracized from his local community in Amsterdam, shunned in the streets, and formally ex communicated from the Jewish faith community.1.below Today, in contemporary society, we still live under the shadow of the great mind-body division (and its cousin , what is the soul? ) and generally, we do not yet have a deeply coherent theory (explanation/account) of how our ideas and thinking actually integrate with our lived physical—bodily—life.2.

The two pieces of ceramic pictured above are plain examples of objects made by physical activity. As a potter, I wedged the clay as preparation, threw and therewith, shaped the bowl on a potter’s wheel and I rolled out, flattened the clay and carved the fish on the second’s surface. I applied the slip/engobe colorants to each as I created them, which slips I myself had concocted through much imaginative-intuitive sensibility and methodical, physical preparation. I put them into a kiln, oversaw the firing, etc. We would say that I, the potter, made them. Of course I did—the questions is not whether I did or not. The question, rather is, who/what (where/when/how) is this “I”?

There is still a much more intricate discussion yet to be had on this and its related notions.

Keep yours eyes open—as if they did more than see…

1. https://www.neh.gov/article/why-spinoza-was-excommunicated ; 2. dissertation and the place of the body: The Art of Earth and Fire